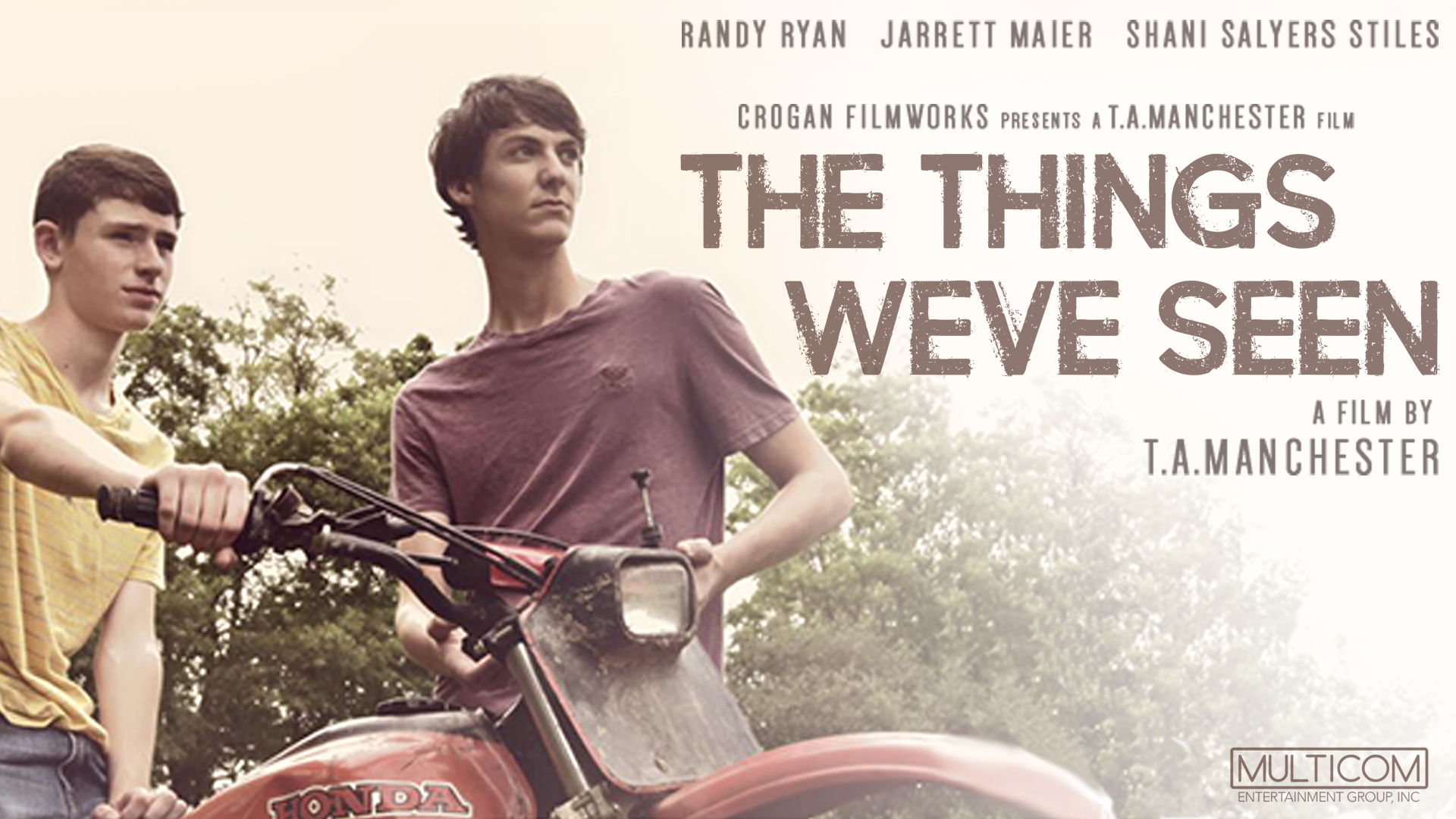 In a town awash in the turmoils of a fledgling economy, conditions are made worse when the local mill catches fire, sending the town into a downward spiral. Accused of the arson, Rayford Boem organizes an armed resistance to defend his name against Sheriff Pascal.  When word reaches the family, Reagan Boem sets off in search of his missing father with intent to bring him home and repair the damage he has felt since childhood.

The Things We’ve Seen, presents a tale of a family torn by crime in a small impoverished town. When a father flees town due to accusations of crime, his son is left picking up the pieces in order to make sense of the situation. Besides the family disconnection, there is still a strong force between father and son– a protectiveness over one’s kin. Reagan Boem heads in search of his father whose absence has been ever-present during his son’s lives. The film combines details of a coming-of-age story, with a heroic tale of seeking amends in order to restore one’s character and family name.

Directed by Tre Manchester, and shot in Crowell Point and Lowell, Indiana. The film has received much praise and awards– as it was nominated for various awards in 2017, winning many, including:

Jury Award, for Best Actor in a Feature at the MayDay Film Festival

The Film is set to be released on DVD this Spring.

Happy Birthday to @Mariska #Hargitay! Check her out like you've never seen her before in #BankRobber (Starring @PatrickDempsey & @JudgeReinhold) now! https://t.co/xD5oY0NKeH
https://t.co/OcidIHJwLm

In #LatinLover The four daughters of a famous actor, all from different mothers and different nationalities, get together on the 10th anniversary of his death for a celebration of his career.
Check it out now!
https://t.co/OcidIHJwLm
https://t.co/KNCHlg7KJB

In #LostWorld A group of explorers find more than what they were initially looking for, but are unable to get off a mysterious plateau. They befriend a inhabitant of the plateau, & together, search for a way home.
Check it out now!
https://t.co/XXpVprhNZm
https://t.co/OcidIHJwLm

From Revolutionary War era Ghosts, to Alien abductions to a museum of the weird, all of this & more awaits on #WouldYouBelieveIt? Check it out now!
https://t.co/ManPc00HNR
https://t.co/OcidIHJwLm